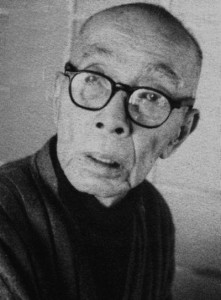 Founder of the Bujinkan Organization – student of Toshitsugu Takamatsu

Came into contact with Ninjutsu on 1974 as a student of Doron Navon. After his first dan examination he became personal student of Soke Masaaki Hatsumi and expanded the Martial arts of Bujinkan into Europe creating his Ninjutsu schools in Germany till today

Came into contact with Ninjutsu on 1981 when he met Shihan Moshe Kastiel at a Ninjutsu seminar in Berlin. He studied intensively in the period 1981-1991 under the guidance of his teacher Shihan Moshe Kastiel,in July 1992 became Shidoshi and he founded a Ninjutsu school in Berlin until November 1998. On the beginning of 1999 he started his school in Athens and became the founder of Bujinkan Dojo Hellas on February 5 2000. He keeps until nowadays alive the feeling of Ninjutsu practicing, travelling in-between Greece and Germany where he holds his Bujinkan schools.